The Where You Are Positioned Theory –

The Magic Wand Theory was about viewing the world –

Now here comes the theory of Positions, which hopefully will help address why so many of us argue and come to misunderstand one another. 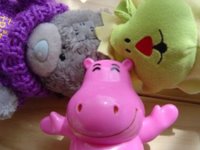 To aid me, these 3 fellas have gracefully put their reputations at risk and are hoping to assist in illustrating my points.

The Pink Hippo, Green Lion and Grey Bear are 3 unique individuals. Each has a position in the world like all of us. They also have physical positions. 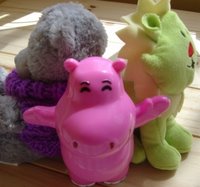 In comparison, the Green Lion and the Grey Bear both see different things. In other words they are unable to see one another’s’ worlds.

The positions that these 3 fellas are placed 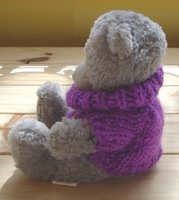 in are reflective of our views; thoughts; insights; visions - all of which may have been affected by our experiences.

However, a question which is important to ask is:

Is it the fault of individuals to be in the positions that they are in? Are they not put into their positions by fate itself? One may argue that there is no blame on people for not understanding one another as fate is responsible for what experiences of life they have had. However, that would also lead to the “Lets blame God for our condition” route – which I don’t believe is correct or healthy.

I believe that human beings are capa 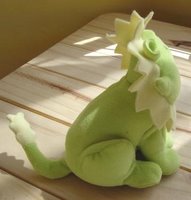 God Almighty has given us the intellect to reason, and the ability to decide how best to deal with situations. It is not healthy for us to disown our actions. We must take ownership and responsibility of our actions. So why then, one argues does the Green Lion not turn round and see what Grey Bear is saying?

It is very simple:

Green Lion is stuck firmly to face in that direction. He is glued there.
This glue needs a long long time to dry and peel off so that Green Lion can turn to see Grey Bear.

One may sympathise with Green Lions’ condition and the fact that glue is hard binding stuff. But what about the Grey Bear? Surely he could turn around and bring himself closer in view of the Green Lion? What is his excuse?

He is also glued down. 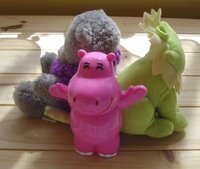 This is not any different from our positions in the many scenarios we find ourselves debating in. We often find that human beings are so glued to their positions, their world-view and their understanding of the world.

Going back to the point above: Is it the fault of individuals to be in the positions that they are in?

This just comes to show how complex human behaviour is. Nothing stays the same, we are all subject to change in the not too distant future.

One may ask what is the way forward: Do we just continue arguing and justify peoples’ cold behaviour towards us by saying they are glued to their positions?

This is something for us all to ponder upon, as we are all responsible to some degree at remaining stuck down when we needed to unglue ourselves. Here are a couple of suggestions:

Pink Hippo needs to be careful what he sees. If he senses tension between Grey Bear and Green Lion he needs to act quickly, as he is able to see both (half) sides of the problem the two fellas have. 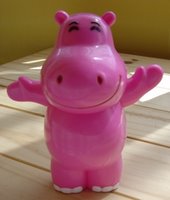 As I said before I am a believer of Change, and the Holy Text speaks of the possibility and permanency of Change too.

I have come to know many people in the positions of Grey Bear and Green Lion who just don’t understand one another anymore. There are also a lot of people playing in the shoes of Pink Hippo, trying relentlessly to mediate between old friends and loved ones.

Essentially, what brought on this write up a month ago… is a telephone chat I was 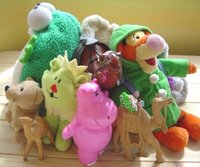 having with a friend who has separated from her husband… we came up with reasoning as to why people cannot see the ‘other’. May God Almighty Bless her.

It is also a 'wake up' call for all of us: Life is spontaneous and very short - none has a guarantee of tomorrow. It is important for us to start peeling back the glue today. 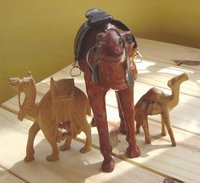 The Camels also wanted a snapshot ;-)

Peel Away The Glue Today

Comments:
Nice :) I like the way you explained it ur pics and examples were simple and clear [btw i really like ur pink hippo!]

Thanks dear and welcome to Camel-Land x x x