I wrote some of my Hajj memoirs about 18 months after returning.

Much of what happens during the days of Hajj is beyond articulation. It took almost 3 months to 'settle' back. I remember taking so many additional holidays from work, and opting to take my teaching modules during evenings because of the intrusive ripples this trip had created within me.

I have already spoken about the period of time that this trip happened in and how it came about almost 2 months before departing.

During these 6 years so much has happened. So many times I have even questioned whether I actually performed this trip or not. Did I ever visit the ancient Abrahamic lands?


However, with the passing of time.. 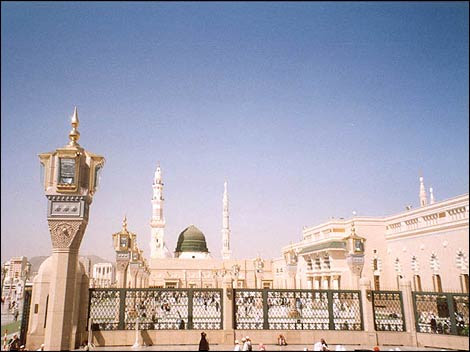 as hopes are wavered and challenges arrive at the doorstep -

as plans are shaken and new dreams are formed -

as stability slips and opportunities embrace my life -

as optimism becomes questionable and grace is restored - 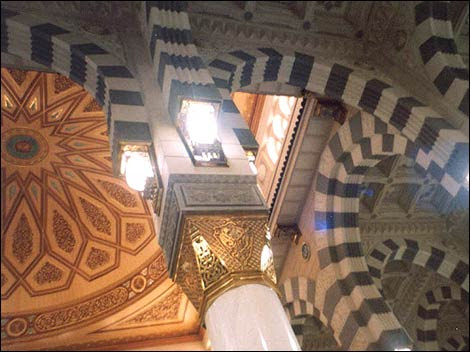 as confidence drops and blessings increase -

as tears fall and light is received - 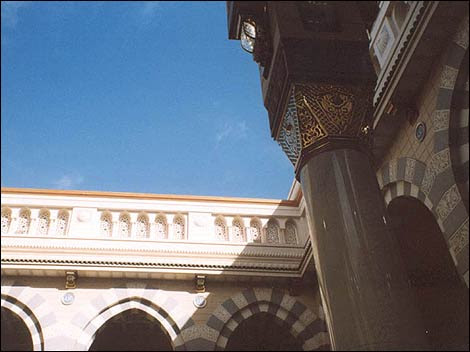 I am reassured that the Hajj has truly been my 'Journey of a Lifetime' and my life will never be the same again.

The following was published in Spring 2005:


It was the last day at Mecca and we had to leave for the City of The Prophet soon after the third Jummah (Friday) prayers at the Grand Mosque.

I didn’t want to go.

As we sat on the coach and the head count began, the engine roared and the vehicle started to move. I opened the Qur’an and started to read the words; words which I hoped would comfort the deeply saddened heart. Tears rolled from my cheeks, there was a gradual build up of heaviness in my eyes as they filled with clouds of grief.

Mum held my hand tightly as the vehicle turned around the corner and the beautiful minars (minarets) of the Grand Mosque were no longer in view. My mum kept consoling me but even she didn’t know what to say. Since this departure was, for me the departing of the lover from the beloved.

I had spent the last three weeks in the safety of the House Of God and become very fond of this large cubic structure covered in the traditional black cloth with beautiful embroidery. To an onlooker, it was a mere black cube. But I had felt a deep sense of comfort whenever my gaze fell upon it. I would often go and watch the hundreds of people go round and round the Kabah, and think how in life we also just kept going round and round, at many times pretty aimless with no direction, focus or goal.

This structure, built by the hands of man, was a manifestation of mans’ duty to his Lord. The majestic beauty of this sacred monument had been enchanting for me. My spirit had felt exhilarated in the presence of the vicinity of the four walls of this cubic structure. Every hardship I had ever encountered; every spiritual mishap I had confronted; and every insecurity I had ever felt had flashed before my eyes as I stood staring at the majesty of my Lords’ House. In one moment the entirety of my life had appeared before me. My deeds had appeared insignificant as I realised the essence of His Mercy; for I had been invited as a Guest of God Almighty. And there is no doubt He is the Best Host.

I had fell in love with the warmness of the sunshine at Mecca. The steps we had taken around the Kabah whilst doing the tawaf (circumbulation) in the hope of attaining salvation. Our feet had gaited in the hope of finding answers to the problems which beseech our worlds. The prayers we had made for the world and all that is within it. The wetness of our faces as we had lifted our hands for the welfare of humanity. How I had taken a handful of sand on the Plains of Arafaat and wanted so desperately to perish into it; in the hope of finding myself.

The flow of the human ocean; and to be part of the drop; the fleeing from the world of ignorance; and the finding of the peace I had so long longed for; I felt like a traveller who had travelled throughout my life in hope of finding something which would comfort the empty feelings of not knowing myself. There were harmonious rhythmic beats in my heart, which it felt, only now had started to pump blood around my body. As if, almost, before it – it had been a lifeless body with an organ weighed down with grief and altered perceptions about reality; about life itself.

And now it was all over.

How days had crept upon us; almost as if I had never acknowledged I would have to leave this city. The deep sense of comfort and security I had felt in this noble city can only be comparable to the foetal safety felt within the womb of the mother. But now it was time for the deliverance of this newborn and this transition was not going to be an easy one; though no doubt it had to happen. So I sat reading these words from my Creator; in the hope they would put a perspective to how I felt. My tears still rolling; my mum still holding my hand; by this time even our dear group members had turned to see my wet face.

Everyone though had a sad look on their faces; as if we had lost someone very dear to us. A cloud of quietness had filled the coach; previously when we had gone to visit the sites of religious significance such as the Mountain of Mercy and so forth, the group had been lively and cheerful; laughing, joking and even teasing the group leader. There were always 3 coaches which carried the people from our group. It so happened that we sat in the same seating arrangements every time we went out! This showed just how deeply the group members had become bonded in the spirit of brotherhood and oneness. And the brotherhood and unity is best seen in the camps of Mina where our tent had been placed in the midst of Americans, Australians and Dagestanis.

After a while I had fell asleep in my mum's lap. Mum had throughout this hajj journey been a source of comfort to me; always taking my head and resting it between her lap – just like a mother only can. The warmness of her maternal kindness had made me appreciate the huge sacrifices a parent makes for the child. She had comforted me just like a newborn is looked after. I must have entered deep sleep, for when I awoke we were on the outskirts of Medina.

I felt a sudden sense of numbness. It was soon time for Fajr, and I heard the beautiful call to prayer – very different from the call we had been used to in Mecca. We rushed to prayer and upon our return went to our hotel rooms. We were all too tired and fell asleep. They say the sleep in Medina is of a specific nature; a deep, peaceful sleep.

I still felt sad, I felt out of place, a bit like entering a new realm. I was quiet. I didn’t know what to say. It was Maghrib time and we went to the Prophets’ Mosque.

As I sat outside with the beautiful minarets in view. I could see the sky turning into lilac, pink and purple. The sight was amazing.

I kept on telling mum; mum its not real. It can’t be. Its just too… well too beautiful to be real.

But oh no – it was real alright. This was Medina; and I had been a fool. A fool to think that I wouldn’t love Medina. I took the camera on the second Maghrib prayer and captured this moment.

These pictures are from the Kodak days.. way before the digi-world :-) Other pics on this Beebs Gallery.