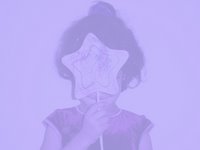 No it doesn’t exist and we are daft to think otherwise.

There is no magic wand solution to the problems that life and fate throw at us. And if there was I would have come across it from at least one of the many (troubled) people who I have bumped into in my life.

At times I so dearly have the desire to close my eyes and wish that perhaps when I open them, everything will have changed. And so I do. I shut my eyes.

Only to find things still the way they were, when I re-open them.

The only thing that has changed in the interim is time itself. Essentially I think one day when my eyes close the world will still continue. 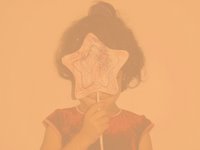 I thought there was a magic wand solution to everything and waited eagerly for the wand to be waved and for the solution to ‘appear’. But nothing appeared.

Crazy goons we are; to think that our situations will change overnight or in my Fairy-Tale land – in the twinkling of an eye.

For the situations we face in life are in reality a means of reaching a point of greater elevation and insight. Truly after being ‘deprived’ or ‘excused’ from a certain activity does one realise the magnitude of that deprivation.

My love for Ramadhan has existed since I became aware of what Ramadhan is. However my love for this guest reached newer peaks when fate cut me off from partaking in this activity as we see the hundreds and thousands of followers doing so. Instead my relationship with this guest became a very unique one; one of longing and expecting. And as with every other relationship it became of paramount importance to ‘work’ at the relationship.

Similarly, when I performed the Hajj. The Kabah was a mere black cube prior to getting lost that first evening in . It was whilst in a state of being ‘lost’ that it became an Entity in itself. A ‘something’ which is a Sign of Mans’ Gratitude on earth. It became more beloved to me when I became a ‘needy’ one than it was when we had arrived and performed our initial rites of Umrah.

During the onset of a situation, event, scenario or whatever else one wa 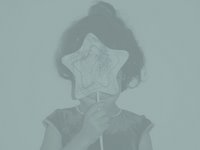 nts to call it [calamity / trial / tribulation / disaster] we suddenly become very hopeful in a magic wand solution… despite knowing that it’s impossible.

We are adamant in not changing the way we think and continue to go on and on wanting, hoping and longing for solutions to appear out of thin-air?

Is it our unwillingness to accept our weaknesses which are naturally inherent within our beings which brings about this mind-set? Or because we live in a society which teaches us that “we are boss” and feel we would have ‘failed’ if we don’t find what we call ‘answers’ immediately.

I say ‘we call’ because sometimes what we perceive as our answers are actually not ‘the’ answers fate has prepared for us. From where I see life, I think it is here, where disappointment creeps in. For not only is there no magic wand - there is also no ‘apparent’ clue what that answer may be. 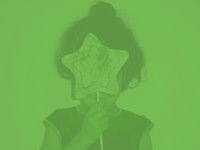 But life is about working towards answers. And that requires time. It also requires a knowledge and understanding that essentially we are in Safe Hands. We are being Cared for By our Creator: The One who created us in perfect fashion and measure. He is also the One who created the many problems and scenarios we see in front of us. And when the time is right each problem will show up its’ solution too.

It became clean only through working at it, being patient, realising my limitations, recognising the level of my strength and submitting wholeheartedly to my inability to make a change.

Magic Wand Theory results in people thinking their problems will be solved instantly without any due effort from themselves. It also relies on these solutions coming fast. The concept of ‘time’ is forgotten as we start thinking that our life is so so long, and that the hereafter won’t arrive any day soon. Thus we are only able to be under the strain for a day or so. We forget that in the language of Reality a moment may be from now till death. As one day we will be made aware that the time spent on earth was only a little part of a ‘day’. We forget this big picture. 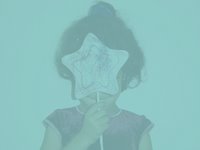 Why do we forget?

Because we lose grip of ‘this life’. If any one of us was to sit down and think through their life: from their first memory to now – it could be accomplished in not a long time! This is a great Sign and parable we have been gifted with in this life on earth – so that we may realise that: life is not that long.

So, if life is short anyway, then why on earth bother looking for an instant solution to the problems it contains?

Someone once said to me that no matter how long the night may be – a new dawn is never away from arrival – thus illustrating that one could stay awake throughout the night – eventually it will come to a natural end.

Our problems, dilemmas and concerns are likewise.

It’s better to wish for success than to work towards it. We seem to have become a community of dreamers. Dream – yes. But don’t JUST dream!

Expecting answers to appear out of thin air sounds so daft and illogical. However the sad fact is that it is true. Many of us go through life just expecting.

And this is why we get so hurt. Sometimes our expectations will not be met.

The time when many of us decide “that’s it! I’ve had enough” – without realising that it was we who were wrong in the first place. Obviously, as humans we must always expect “goodness” and not “negativity”. But the kind of expectations I speak about are the ones which we start to have from one another – for it is only humans who let one another down. God Almighty has said very clearly that our good work will never go amiss. It is other humans who I refer to –

Returning back to the Magic Wand Theory…

No! It doesn’t exist. Our solution will not be found overnight.
Miracles exist but they are different to mans’ MWT.

These are just a few thoughts I have collected on the Magic Wand Theory.. over several years.. There are more.. many more.. I may put more out in upcoming months..!

Peace & Prayers
Wasalam, duas and a gold star to Curly for her pose *

Comments:
Great post. A book waiting to be written...

I think the MWT is perhaps the opposite to "Patience is a Virtue" ??

I'm actually unsure. As Helen Keller once remarked she didn't know her own work from that of others.. :-/

I think the MW mind-set exists widely in society.

My own thinking around it started over 5years ago. But the more people I met eg via my work or just randomly through lifes' walk, the more I became convinced of this mentality.

Essentially it is 'hope without action' gone to extremes.

Alhamdulila, your comments encourage my head to grow ever-bigger :-D

I am good-ish.. Hands are in their 'unhappy' mode at the moment. Right hand in particular is not very happy. So minimal typing for 24 hours :)

Hands are much better to last week this time. Thanks x x x