Make Time For Reflection By Saying No

It was about two years ago that I wrote about Solitude and coping alone, though we are never really 'alone' we still need time to be alone to reflect.
A lot has changed in the last two years; how we arrange our day using devices, use of social platforms for promoting new projects and initiatives and the popularity (and general acceptance) of sharing things about ourselves online. One of the consequences of this is that for some people it really does get too much. 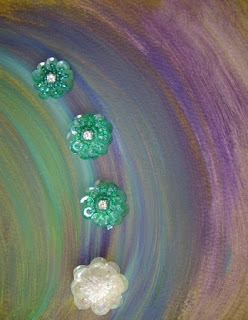 Having had the great blessing to be a contact point for individuals in the past who have sought advice on matters, I have made some observations. In addition my role as a HE chaplain for about five years pointed to a common theme: one of the struggles of our current way of living, is finding time for ourselves; time to reflect.

This post is aimed at those great souls who do so much for others but forget that they too have needs.

From observation, there are a number of individuals who don't have time for themselves because they believe they have to agree to everything, especially if what is being asked of them is for the greater good of someone else. Such selfless individuals have generous hearts but the imbalance their lack of refusal creates in their personal lives can be cumbersome to their wellbeing and that of their loved ones.

Ultimately the tawfeeq, or ability and success in everything comes from God Almighty. We are but placed to make the decisions in light of our personal circumstances in the most balanced way. 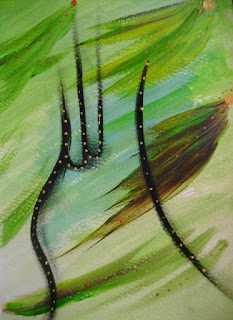 There are two types of people I wish to highlight here:


Let me put it simply - There is a trend amongst hard working people who are just unable to say this tiny word 'no' and end up burnt out.

I have moved in a number of circles in the last 15 - 20 years and this is something I am now accustomed to seeing amongst individuals involved in religious / social / community projects. The reason why people get involved in such initiatives is mostly for some noble intention and the loftier purpose of pleasing God. However what starts off as a chance to give back to the world, can for some individuals be the cause of their demise.

Many community initiatives lack resources both financially and in man-power. Take for example the now disbanded Artists Circle I once belonged to. It was such a success about a decade ago considering it was run by volunteers. Most uf us members were also holding down full-time jobs, many were married with young families and there was more demand for it then we could have ever supplied. It is for this reason all group members decided it wise to call it a day. 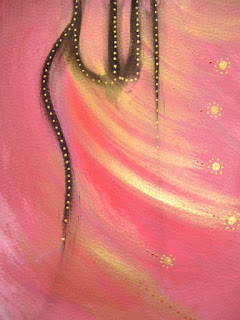 It is this 'demand' which I believe can lead to burn out, especially if the individual is working on a project where there are only a handful of people who through no fault of their own have set bigger targets than what is timely achievable. We all want to make a difference and have change in society but it should not be done at the expense of our other committments.

Project participation is fantastic because it gives people a sense of belonging. I have been a volunteer for many things up until recently and we all help bridge the gap of services which evidently exists in our society. Even through the Artists Circle, many of us developed great endearing friendships which have survived ten years on!

However, problems start when project participation becomes (unknowingly) the ebb and flow of your life. It is when one feels they must be 'involved' in lots of initiatives and give their every awake hour to some project or another. It goes against the Prophetic spirit of balance. The rights of loved ones are lost. And there is burn out for the person concerned. In some cases, the individual is so badly bruised that s/he vows to never help the Muslim community on a voluntary basis ever again. But if only s/he had kept the balance to start off with, s/he would realise that it was perhaps their inability to be realistic that has contributed to their current state.

Here are some pointers if you are this kind of person - 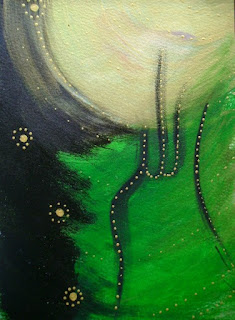 1. If you are involved in more than one initiative, then consider prioritising which one (or two) you can best be part of. After prioritising, let others know and tell them it is not personal but that you don't feel you can contribute your best to their projects. Finish off your set task and don't feel guilty about it. If you have a mammoth task and responsibility, then again, just be frank and tell the person concerned about your need to prioritise. You should find that after doing this, time is automatically freed for you to focus on the much neglected aspects of your life.

2. So you have prioritised and are now part of two projects rather than five. Look at the size of your task. Is it really achievable? Be realistic. This requires an honest conversation with yourself. We all know when we are being lazy, and when we are being overworked. Have a chat with others involved in the project and lay your cards on the table. Our deen gives us the ability to do this, so don't be so tough on yourself. Ask for help with it or lengthen the timescale. Where there is a will, there is a way.

3. But what happens if people won't take no for an answer? Well to put it bluntly - that is for them to deal with. Provided that you are sincere and genuine, you should never worry. Pray to God in earnest, do your istikhara and know that your reason for leaving is for you to be a more balanced person in life.

4. Project participant types can carry the world's guilt upon their shoulders. Be warned though that this may be the devil guising itself and making you arrogant; that besides you there is no other who can carry on the work of God. If it is the work of God - then trust me, it will always get done. Have you considered that perhaps you need to free up that seat so someone else can sit on it?

5. To prevent yourself from getting back into the pattern, continue to maintain the no policy. Start to look at aspects of your life: health, relationships, finances, education, etc and identify where you need to be focusing on. (I hope to do a post on this in the future so check back later). 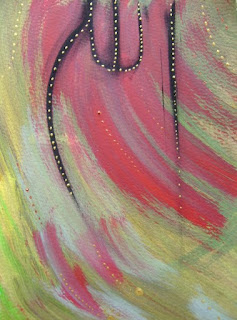 
This kind of person is the one who is supporting others but damaging their own wellbeing as a result because s/he feel they must help out! Providing support in it's many ways can be a very exhausting thing and can also have financial implications.

Sole supporters take on the responsibility of helping others but don't often think it through. Again, what starts off as a noble thing and as per the hadith 'to want for your brother what you want for yourself' can lead to being burnt out.


Here are a few pointers for your aid: 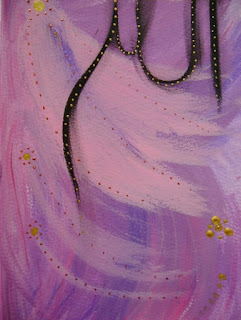 1. I have spoken to a scholar from our Tradition regards this as it was something that I was also dealing with about 6 years ago. The advice I was given was that if helping someone else leads to your own detriment then you should find an appropriate other to refer this person onto. Never should it be the sole responsibility of one person to help someone who is likely to be quite needy of their time and energies. In terms of the opposite gender - wo/men should not feel an obligation in supporting someone alone; rather they should refer men to men and women to women. Makes sense.

2. Where someone requires financial aid, refer people to local centres and resources which are available. Many people have been known to have given charitably and then ended up in debt themselves. Since the internet has made international connection so easy, I know it can be really difficult not to help someone in need. However, local resources will always be the best option for people overseas. So long as you are sincere, be assured that things will work out for that person. In addition advise people to read (or listen to) recommended provision-boosters such as Sura Waqia (Chapter 56) and reading of the Divine Name Ar-Razzaq. 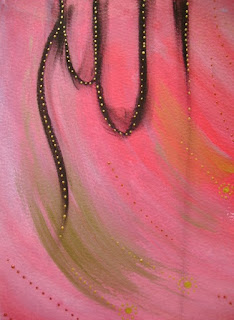 3. It is not your duty to fix the problems of the world. Your duty is to deal with things as best as possible in the knowledge that God Most Merciful is Wise and the Provider of all. There is nothing worse than being unwell because you cannot stop fixing other people's problems. There are a number of Muslim counselling services now available which you should be guiding people towards.

4. Be pragmatic and set a time to speak or meet people who need your support when it is mutually convenient. If you are in the middle of feeding your children or a work meeting do not leave everything because someone needs to talk to you. The one -off is excusable but more than twice is not right. 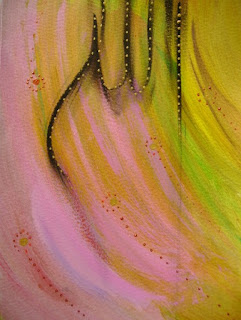 This is a topic that I can carry on writing about but I hope that for now, the above advice will help those who are burning out to correct themselves and heal before it is too late. Burn out is a real energy sucker and can lead to a loss of self esteem which can affect other areas of your life such as your spirituality.


By saying No, you can give yourself the time to reflect.


But you cannot reflect if you are constantly surrounded by devices, projects and the notion that you must say yes to everything.