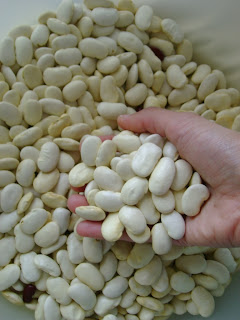 Finally after searching far and wide, high and low I found them.

Lima Beans are perfect for anyone who has stiffness in their finger joints. I've found them much better than chick peas, kidney beans or date stones.

A great, economical aswell as an ergonomical method to maintain focus and concentration whilst one recites in desire to remember their Lord.


It's been an interesting time for my prayer beads: these two years. I was given a huge tasbih [string of beads] in M 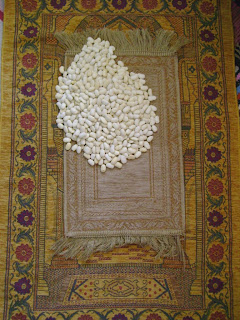 edina 4 years ago by a street merchant who insisted I take it.
I did.
And for the next couple of years I used those beads to make pronouncements of the remembrance of God Almighty.

However upon the onset of my pain, one of the first things that was inconceivable was moving the beads along the string. It was impossible to do. And so my beads took a back-seat whilst I began to count on my fingers. Over this period people brought me prayer beads as gifts; unfortunately of little use to me: even if they are expensive and made from the best source. The last time I was able to easily use what the merchant from Medina gave me was last year whilst in Pakistan.

It has become so difficult and frustrating to use prayer beads due to the repetitive nature of the movement one makes with their thumb and index finger. Sometimes I find myself watching in bemusement at others moving their beads through the string with a great sense of awe.

I have even been very kindly offered prayer beads by individuals in circles where people are using them to make dhikr. And I have had to refuse. 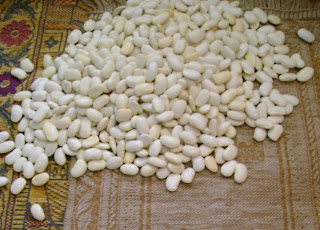 I feel a little strange at times. Prayer beads have almost become a symbol in many of our circles: of people diligently detaching themselves from their surroundings to remember their Lord Most High.
Individuals directing their energies to a higher purpose whilst appearing to be present in a normal, regular crowd.

They continue to remember their vicegerency upon this earth as their thumb rolls yet another bead.

In this world they are; but on a plane beyond the reach of our imaginations.

They are connected so quickly to their Adamic state; their celestial covenant; their rich heavanly oath. Their origin is shown to them so instantaneously through the magic of what they invocate. 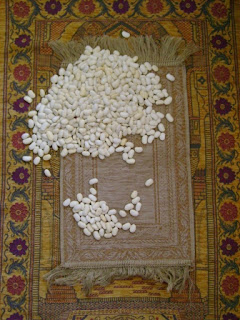 What a feeling it must be to detach oneself so easily just by use of these beads?


Man is in dire need to channel his energies in a direction which will empower him. This channelling needs to be done in a manner that correctly honours his status in the universe and with his Creator. Invocating to God Almighty is an act of great humility yet it enables the individual to grow in a unique kind of confidence. An assurance that he has not been left alone to deal with life and the many obstacles, dilemmas or scenarios it introduces in his way. Situations that warrant a response from him that he may not feel able to carry out without becoming confused. This newly-gained confidence allows man then, to reach elevation and deal with the aforementioned incidences quite naturally. He no longer feels that he is suspended in mid-air, but instead, he gains a grounding necessary for his survival on this earthly realm. 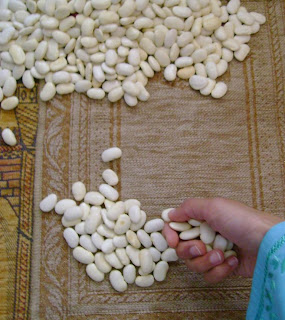 A sort of grounding embedded in an aura of conviction that the gentle words which fall from his tongue are, in fact reaching Heavan, and that through their invocation his heart will once again feel the peace and tranquility that naturally belongs within it.

For we mustn't forget:

"..Verily in the remembrance of Allah do hearts find rest"

Sorry to hear about your pain, I'll pray for you.

Subhan Allah, for some reason i remembered Sidi Junaid Baghdadi and his refusal to stop using the tasbih - despite reaching the state of Awliya. His reasoning was that the tasbih represented the way and method used in attaining the Divine - so he chose not to disgard using it.

I do not know if that is relevant here sister but i thought id mention it - but a very nice article.

Assalamu alaikum,
May your beans
be the means
for your Deen
to be Supreme
and your arrival at the Stream
fulfilling all your dreams
AmeenS!
:)
Wassalamu alaikum
(my third attempt to post this comment!)

Walaikumslam -
Thank you for your prayers :-) God Bless you.

Walaikumslam -
Ah thanks for that narration! And thanks for your kind comment also.

AMEEN!
Myself and my sister both sat here reading and laughing at your poem! Lovely!

Apologies you had to attempt 3 times - I have put comment moderation on now and thus it takes a while for comments to come through.


PS - those of you who post anonymously - at least email me a name so I can pray for you by name ??

Very nice article on the power and profound effect of rememberance and prayer achieved through the ages old discipline and habit of prayer beads. I like the lima bean alternative you found for yourself! I keep Afghani prayer beads in the car to use instead of falling into impatience or road ragery - lol. It's ashame though we here in the states don't build towns, villages and cities with another infrastructure that isn't dependent on the automobile - especially with the current gasoline prices.
Everytime I see beans I'll remember your prayer bead alternative! Just be carefull not to spill the beans.........lol


MATTHEW
Hehe at the spill the beans joke :-)