Well I've got a room of mess.. as over the past few weeks (call it a month) the Mail has just gathered alongside bits and bobs that I picked up and never put back - rather I put them down :-)

For those who think I don't blog enough - I'm really sozzy folks. And for those who question how I can blog when my fingers and hands hurt - I actually blog in bits. I used to blog into a Word document .. 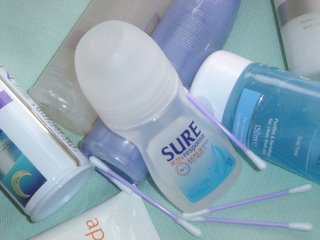 but nowadays I 'Save as Draft' and return. My fingers are blazing fire at the moment but the following has been an issue on my mind for several months:

She returns with a can of Deodrant rather than Roll-On!

"Yeah but I meant the Roll-On, I've already got Body Spray!"

Well - duh! What on earth is going on?! Last summer I was indoors and my sister was shopping with her friend, so I told her to buy an item of rather basic toiletry for me. Wearing a sling limits the carrying capacity of an individual. I couldn't get ready and go out to the shops for one item! She brought me back a can of Deodrant rather than what I had asked for! 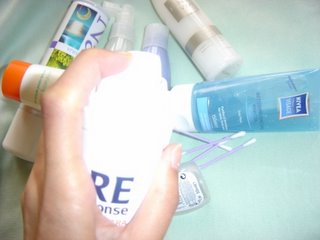 at? Was I gonna throw it into the bin because it wasn't what i asked for? Well of course not! However, I was very saddened when I opened the cap. Unlike 'conventional' spray cans - this required the application of firm pressure to release the spray... something I couldn't do!

And it made me think about disability and it's limitations on ones' lifestyle. Everyday we do so many actions and fail to think of the bodily processes which allow us to be able to take a shower, eat our food, go shopping, open doors and use deodrant!

However for many people little actions such as Using deodrant or body spray can be cumbersome. I remember I couldn't tie my hair into a pony because my hands would hurt if I put them behind my head - I had to purchase a head-band to keep my hair back.. something I hadn't done for years as head-bands often caused my head to start hurting. 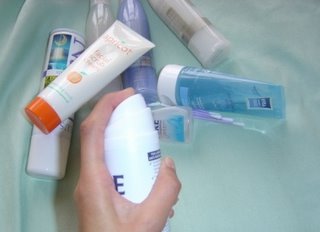 We live in a society which still has places that don't have ramps for wheelchairs and pushchairs. A society where in certain buildings there are no lifts. We should take a good look at the things around us and see how they would impact on our lifestyle if we had a broken thumb? A poorly elbow? A bad knee? limited vision? The list is endless.

It is not only Sure which has let me down though.

In our society many many people continue to live in ignorance about disability. Some of us like to think that all disabilities manifest themselves physically. Whereas others think that a disbaility is only when you sit in a wheelchair or cant see or hear. Those who think in such narrowed definitions are reminded - please re-think and re-learn what you think you know.

There is also an attitudanal change required: Please don't think disability affects only those people in wheelchairs or the old man living down the road, or the little girl who was born blind. Disability can affect any of us at any time. Whole families are affected by the limitations of one a loved one, it is not something that an individual deals with alone. 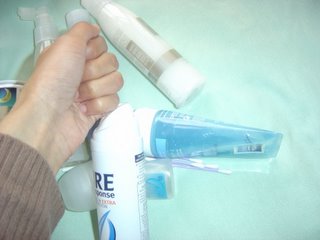 ted at the Cafe after finishing lunch, with bags of shopping - waiting for my sister to return so she could pick it up. I knew people were looking at me as I was sitting there alone with an empty table just before New Year. But I also knew it would hurt my wrists to carry all the shopping by myself. So yeah.. I continued to sit like a weirdo. I guess after almost a year of illness one gets kinda 'used to' an adapted lifestyle eh? I did feel like an idiot though..

The lack of a physical sign eg a bandage, a wheelchair, a plaster, a stick, a crutch etc is not always helpful. I cannot continue to wear a sling now - I hate wearing bandages even for support. And it makes me very cross to know that I must sit indoors when my hands hurt as I don't want to wear the bandages. Its very irritating wearing bandages and my hands have had enough of them. I simply just 'rest' them at times and do 'nothing' with them.

I recall a conversa 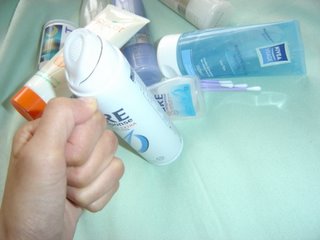 tion with a friend who told me that as a child she had broken a leg and after many weeks when the plaster was off and the crutches were no longer by her side.. one day after school they headed towards the bus-stop. Alot of kids were running to the bus so they could catch it on time. And she couldn't run.

Her friend told her it was OK and held the bus whilst she paced up - only to get told off by the bus-driver who thought she was 'taking her time' and 'taking the mick' too.

My doc taught me something amazing: 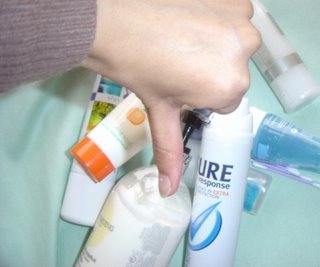 More about this later :-)

And as for Sure it gets the thumbs down from me!

*This entry was started on 12th January

PS I use Right Guard(unscented; it doesn't interfere with my Rock Star soap *hehehe*)The button is easier to press compared to Sure :)

PPS I remember when Natrel first came out! I loved the 'black' one :D

Black Natrel? Hey I always thought that was for blokes so never tried it out ;-) LOL Natrel seems to have had quite a history - it kept disappearing off the shelves!

Amazing as we seldon think that buttons, hooks, handles, switches etc are all so difficult for certain peoples to use. Even tying a shoe lace, opening a zip or fastening velcro!

Wasalam and huggies back for you too x x x x

I love all of your pictures you post on all your blog posts.

Hey you - thanks for the lovely comment - I'm kinda going a tomatoey colour with all your flattering comments :-D

I am Wicked - but not wicked as in the wicked old witch..